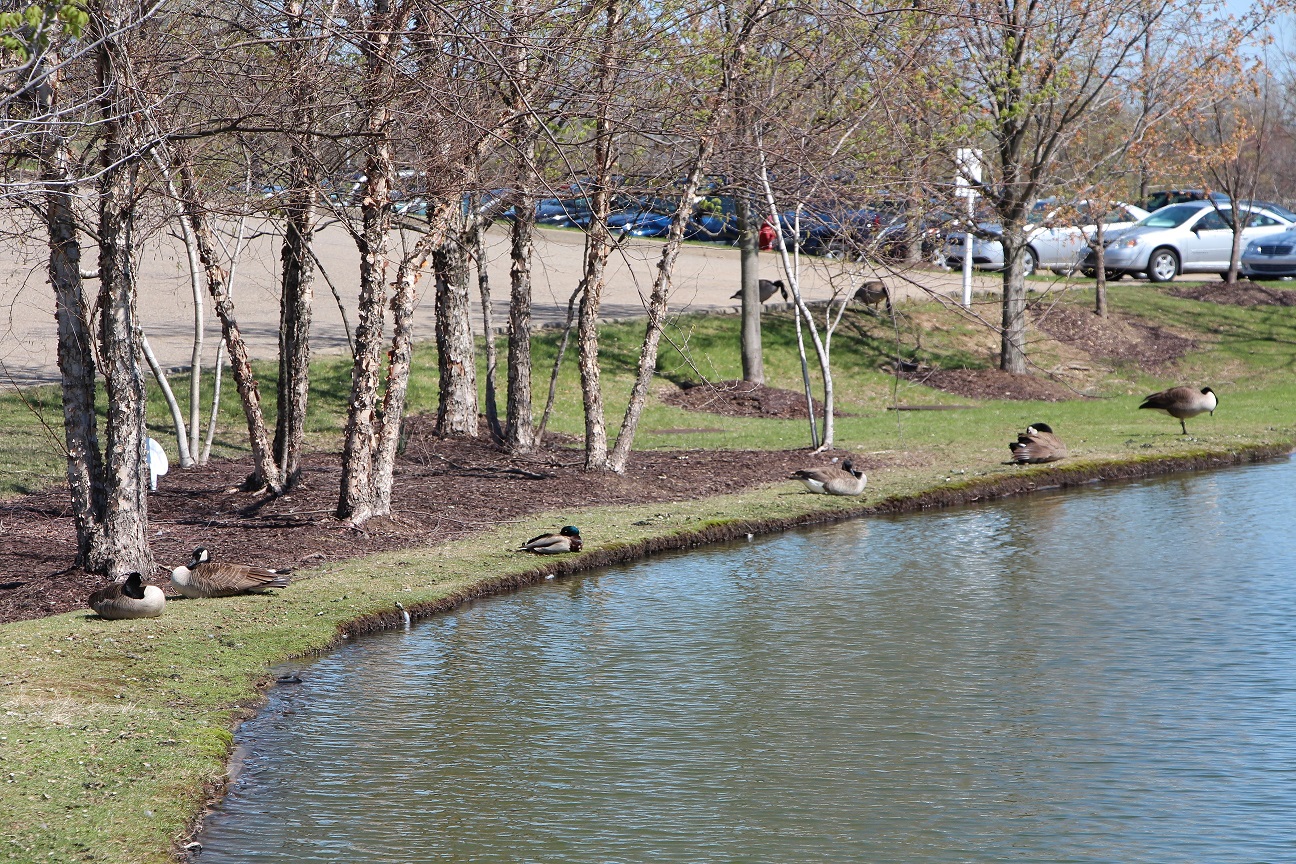 When we wrote last week, we were telling you about the sound system that was installed that would play the sounds of a shotgun, distressed geese, and coyotes every 10-15 minutes to scare away the ducks. This week, we’re going to tell you how that didn’t work. It wasn’t long before these geese figured out our little charade. They kept coming back and getting closer and closer. Eventually they realized that there was no Elmer Fudd hiding in the bushes waiting for them and they resettled back into their home. After a while, our geese were comfortable with the sounds and they wouldn’t even flinch when it went off. On the other hand, we noticed another group of geese eyeing up the pond. Since they weren’t accustomed to the sounds they would fly off and never be seen again. It was comical to us because we realized that our geese were using those sounds as their own form of a home security system!

These geese are here to stay. They have made this place their home just like we have and they plan on staying here no matter what we throw at them. Whether it’s the good times or the bad times, our office wouldn’t be the same without them. We remember watching them learn to fly and saving them from Fight Clubs gone wrong and then we remember the other things that happen AFTER they grow up. The constant games of chicken between goose and car, running around and chasing them through the parking lot trying to get them to move out of the way, stepping in their crap, and the everlasting screaming battles between us and them.

We live with these geese every day and maybe that’s why we have such a love hate relationship them. You don’t always get along with the person/people you live with, right? That’s the same situation we go through with these geese. It all goes back to seeing those baby geese take their first steps and watching them learn to fly. It makes everything else worth it. Even if you don’t like the cute baby geese, you still might end up with an interesting story that goes something like this, “so I was leaving for work today and you wouldn’t believe what happened with this goose!”

As we bring this post to a close, we want to mention that it is that time of year when the geese are laying eggs. It’s bringing anticipation for the cuteness, but also concern for our legs and umbrellas as we fear the angry mother geese that we might run into. We’ll continue to write and take pictures and videos to keep you updated with the Geese of ABG Capital.