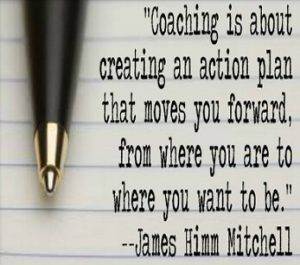 Coaching is a term used to describe a leadership strategy focused on performance and goals. A coach is focused on the group and task at hand and driven by power and position.

Mentoring is a term used to describe a leadership strategy focused on facilitating individual growth and responsibility. A mentor is focused on giving advice, personal growth, and is driven by the value of growing relationships and individuals.

Does your workplace differentiate between #coaching and #mentoring?

What do coaching and mentoring mean to organizations?

Both coaching and mentoring have a place in business and leadership. Coaching can be used when implementing new technology or systems, developing specific skills organization-wide, or helping a group of employees meet expectations. Mentoring, on the other hand, can be used as a tool for succession planning, developing expertise in specific departments, or helping individual employees grow within their roles.

Coaching produces tangible results; it helps departments to meet productivity goals. On an individual level, it helps employees learn skills that may be holding them back in terms of technology or systems. As a whole, coaching helps the organization develop groups of talented individuals to accomplish organizational goals.