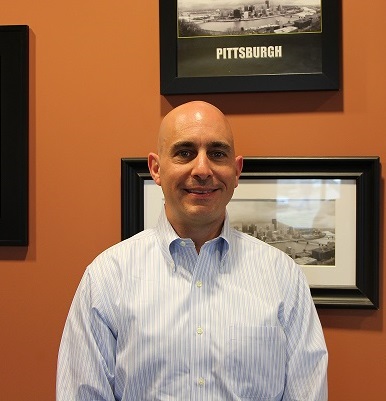 WHAT: Networking at the Pirates Game

Jeff and Ron were invited by Kieran O’Dea, from Alpern Rosenthal, to spend time outside of the ABG Capital office doing some networking at a Pittsburgh Pirates game. Kieran is currently a shareholder in the Audit and Assurance Department and he specializes on privately-held manufacturing, distribution and service companies.

Kieran didn’t intend for this to be any sort of formal networking event; he wanted to invite a few colleagues and enjoy the ball game. Among the invitees were lawyers, bankers, PE guys and a few other people from his firm who all enjoyed getting to know each other in the casual setting. They even ended the night with a great win for the Pirates! 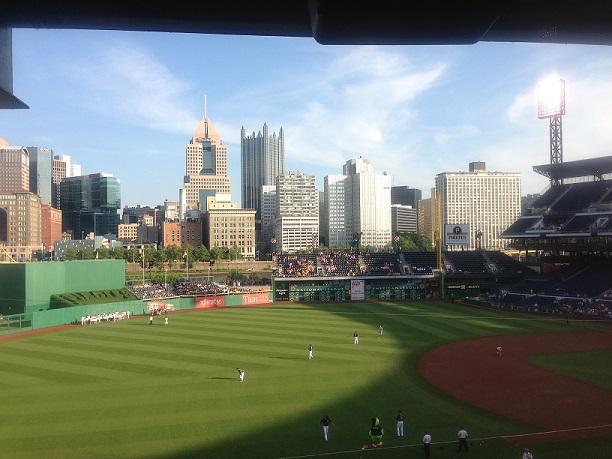 WHERE: The Rivers Club

Everyone can relate to the feeling of being a new employee, but Jeff and Jason decided long ago that they really want to get to know the new ABG Capital employees they hire. What better way to do that than by taking them out for a nice lunch at the Rivers Club! It’s a great way to put the office pressures aside have some good conversation over delicious food. Check out the Inspira Facebook page to see how great Jeff, Jason, Collin and Kathy looked!

WHO: Jeff Tapolci and Sharon Kolesar 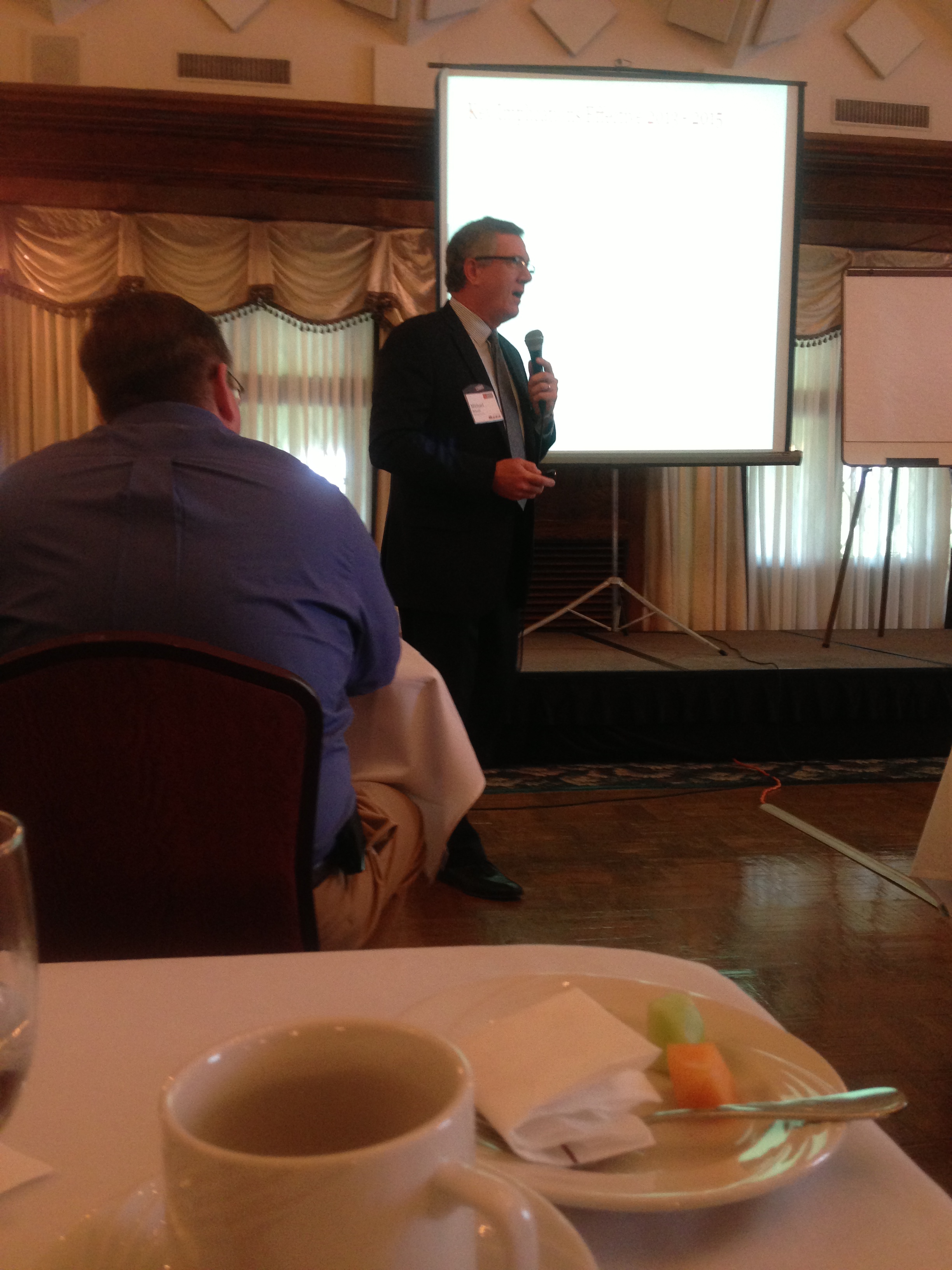 Jeff got a picture of Michael Schenk in action!

You may or may not be aware that we are in the midst of a nationwide health care reform. Many things will be changing in the coming months and it’s going to affect organizations and the health care plans they provide to their employees. Jeff and Sharon, our HR Manager, were invited by Sean Andreas, our Insurance Rep, and Ben Witsberger, our Business Banker who are both from Wells Fargo. The event was called, “Health Care Reform: Strategic solutions to address the play or pay mandate,” and featured Michael Schenk, a Benefits Compliance Consultant at Wells Fargo.

Michael talks about the Affordable Care Act (ACA) and its effects on employer-provided health plans. The main topics that he covered in his presentation were the provisions going into effect next year and their impact on employers and group help plans, what strategies can minimize the financial impacts of the ACA and how to maintain a legally compliant program that is still competitive enough to attract and retain top employees. Jeff and Sharon attended this event so they can be better resources for their employees who may have questions on how the health care reform will affect them.

This was a pretty good week for those of us at ABG Capital and we have some great things to share with you today. Let’s dive in!

Coffee is the staple of most people’s days, would you agree? It’s the first thing some people think of when they get up in the morning and some people can’t even function at work until they get their first cup. If someone messes with that routine, the rest of the world better watch out because it’s bound to get ugly. We take our coffee very seriously here at ABG and our routine was messed with… Can you imagine the kind of turmoil that caused? There were broken coffee cups, shattered computers, brawls, and there may have even been a few desk fires… All because we weren’t able to get our coffee in the morning.

Okay, so maybe that didn’t happen. We still had to go about half a day without coffee, but we warned people ahead of time so they could prepare themselves. The lack of morning coffee happened only because we switched our services from Laurel Food Systems to Old Time Coffee. We have a very specific way that we like our coffee; it’s bold, but not bitter and Old Time Coffee can deliver just that!

Today was also our Month End Meeting where we talked about our 1st quarter, welcomed new employees, and congratulated other employees. April 1st was the start of our 2nd quarter and we’ve officially closed our books. Things ended up looking pretty good for us and our portfolio companies and next week you can expect to see a press release and a blog post that go into detail about financials, products, and an overall review. We also welcomed our newest employee Jennifer William to the Inspira Family. Click here to read more her and her new position. As for the congratulations, we celebrated the 5 year anniversaries of Jerry Eddy and Nate Rupp. We hope to see you both stick with us for many more years to come! 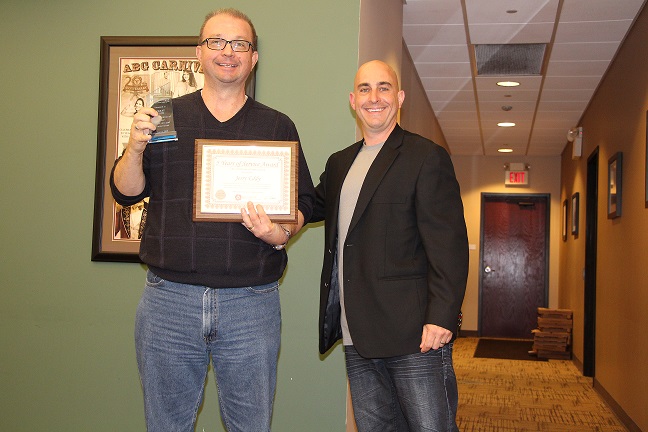 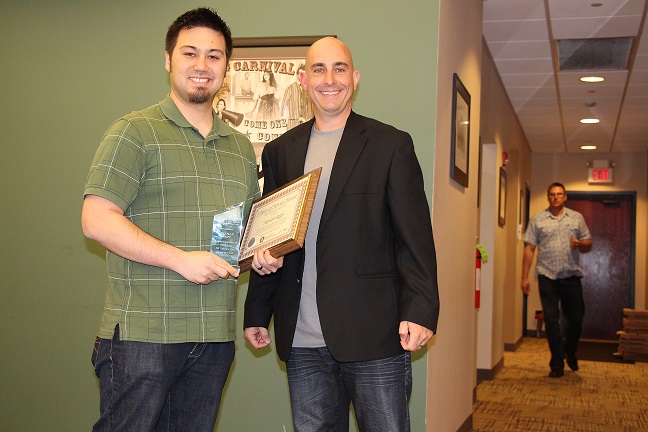 Also this week, Jeff Tapolci and Ron Eggert attended the Pittsburgh Enterprise Forum. This event featured a discussion panel with influential people and some of their executives. They shared some great stuff with Jeff and Ron!

Up next, we have new developments with our build-out project to share with you. We’ve been hearing the sounds of expansion this week! And by those sounds, we mean hammering, drilling and all of those other great construction sounds.  Unfortunately, the Inspira folks who are in the temporary space are getting the most of that noise. They can handle it though! Here are some pictures of what was accomplished this week! 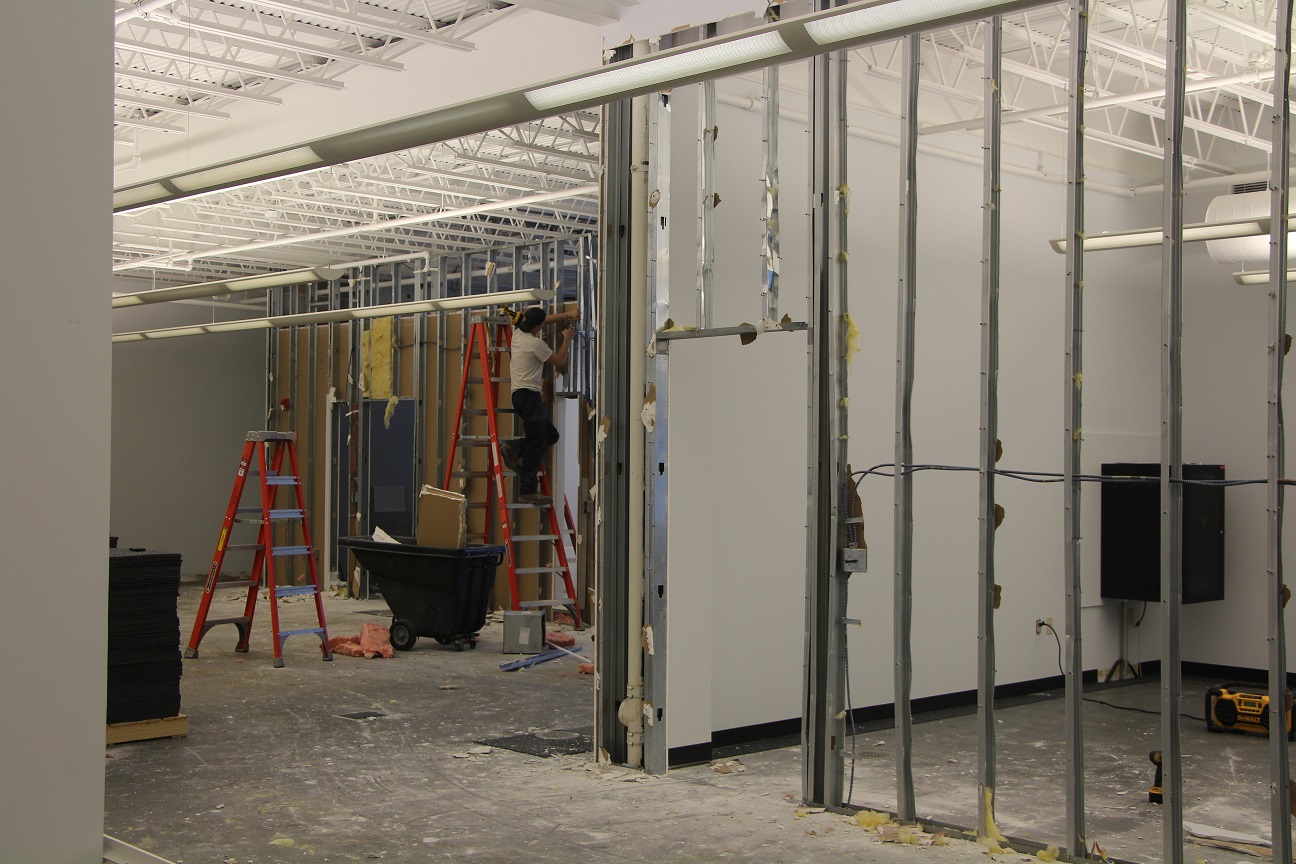 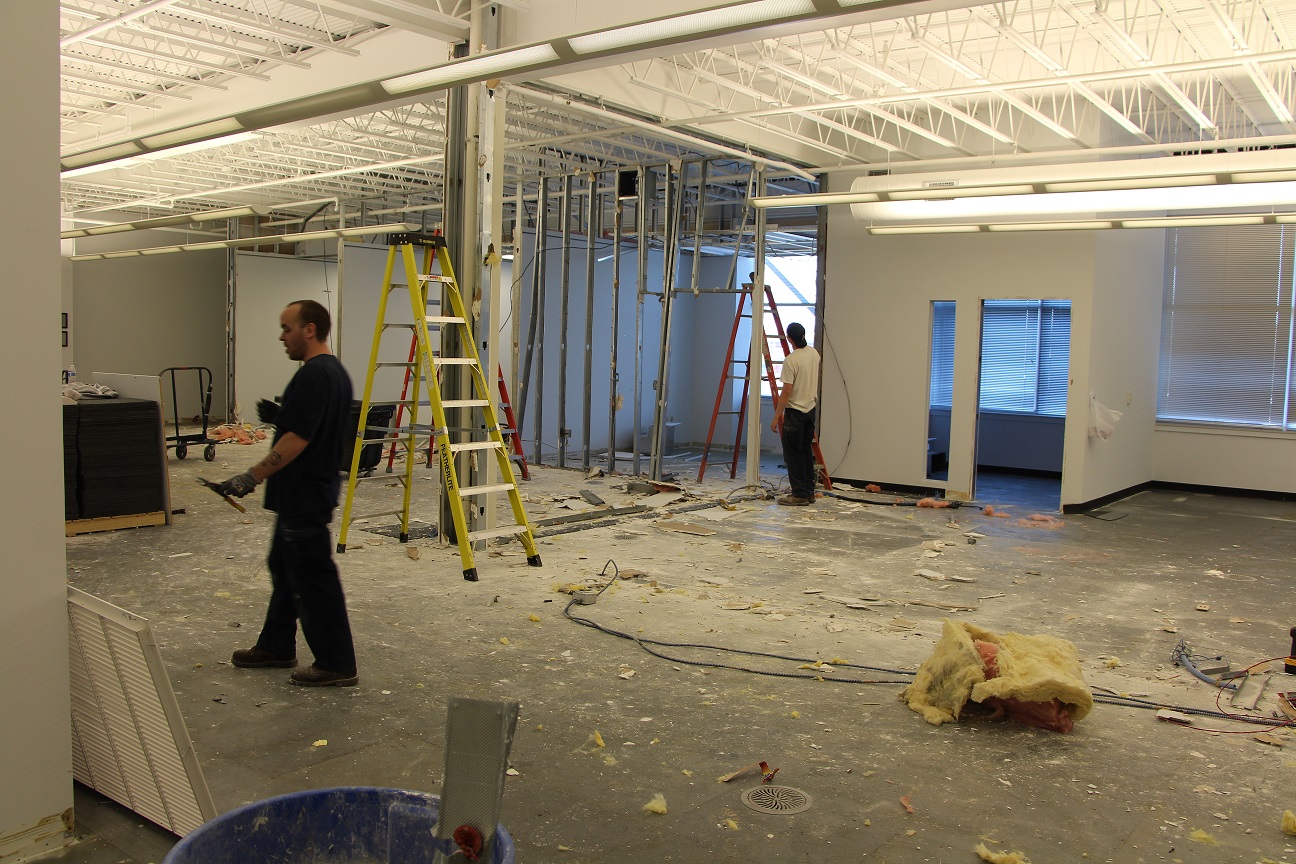 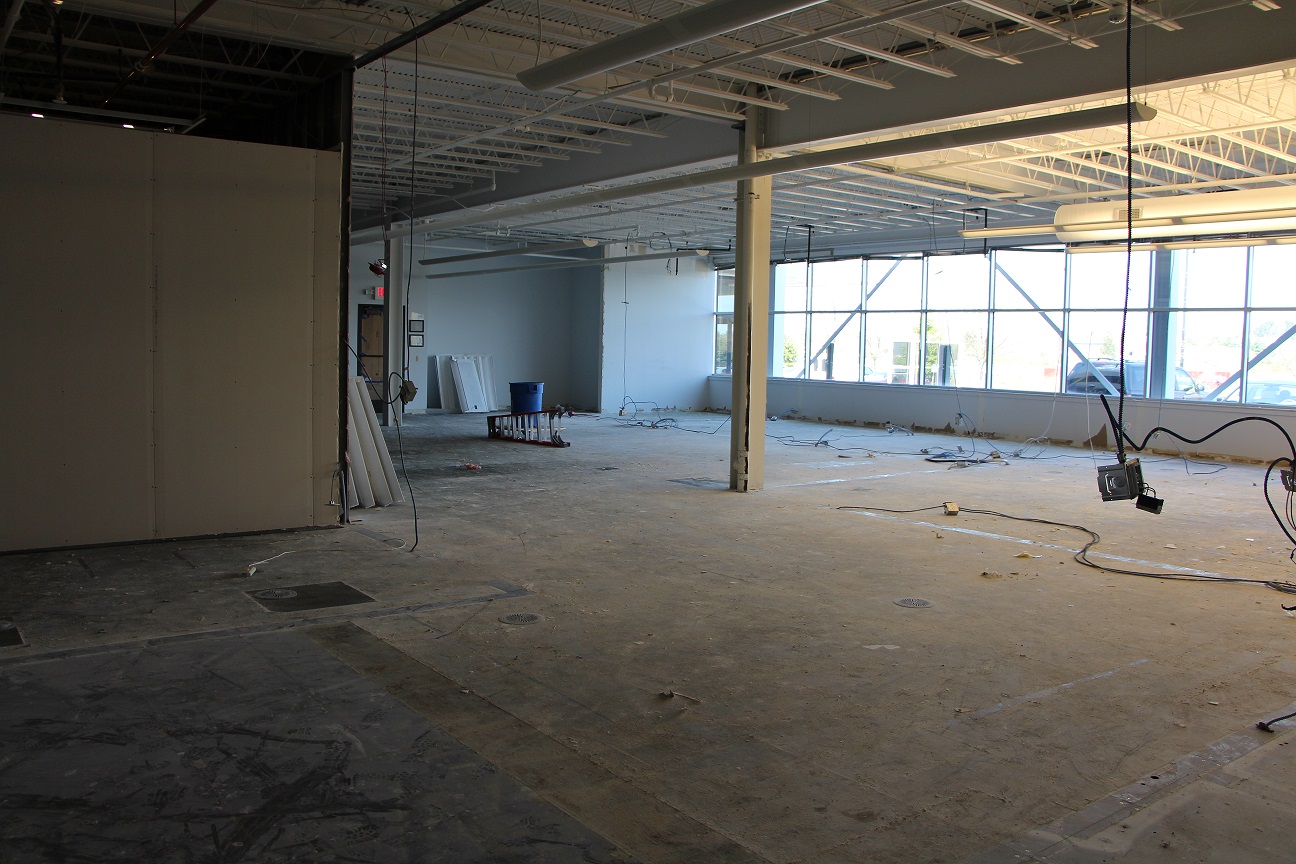 Lately you’ve been hearing about our growth and about all of the new employees we’ve been hiring. One of the newest projects we’re starting to work on, is a new employee onboarding video. This is going to be a welcome video with a few key people in the company talking about who they are and what do at ABG Capital. We’ve started the recordings and it’s going great so far. We can’t wait until it’s all finished!

That’s all we have for you today, have a great weekend 🙂

Welcome back to our blog, it’s time for Just another Friday at ABG Capital!  We want to start off by recognizing some more new employees who joined us this week. We’d like for you to welcome Collin Ballantine and Kathy Scheidlmeier to the ABG family. They will both be working as Customer Service Representatives for Inspira. If you want to get to know them better, check out their blog post from earlier this week.

Today was the ABG Capital Month/Quarter End Meeting where we discussed what has been going on in each of our companies. At ABG Capital we talked about how much growth we’ve been seeing throughout the organization, the new training our managers have been receiving, the build-out and all of the fun and exciting things that are coming with that expansion. We also had the chance to recognize our Employee of the Month for February which is Sara Warhold, our Office Administrator. Here’s just one of the comments made about her:

“I voted for Sara as she has been a huge asset to helping out Erica and myself. Since she started, we were able to move some tasks that I was doing, over to her and she has handled those like a ROCK STAR. She was able to adapt to a new situation and she welcomed the extra tasks given to her with open arms.”

During this meeting we also got to hear how great of a job all of our Portfolio Companies have been doing. Inspira has been exploding with new accounts and relationships, GlobalPOPs is expecting to see more and more growth in the coming quarters, and VoIP Innovations is moving and developing way faster than expected. 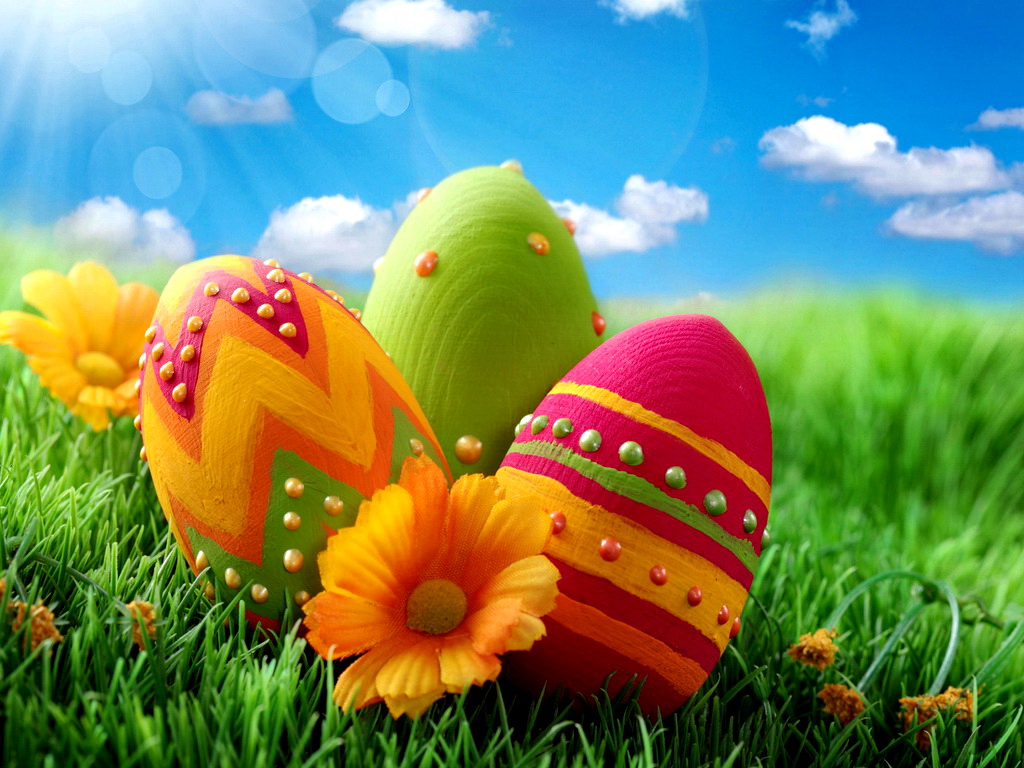 As we wrap this post up for the day, we want to say have a great weekend and a Happy Easter!

How did your week go? Did anything great happen to you? We’d love to hear it, so comment below and tell us all about it! Today we just want to fill you in on everything that’s been going on around our office. To start off, we added two new employees to the ABG Capital family. They are Jacob Crisman and Scott Eckstrom. Jacob will be joining Steve Korbett in our IT Department and Scott will be working with Inspira. If you want to get to know these two better, read our New Employees blog post from this week.

Since Scott is working with Inspira, he will be located in the temporary space with a few other Inspira employees until our build-out is completed. Here’s a before and after shot of that space: 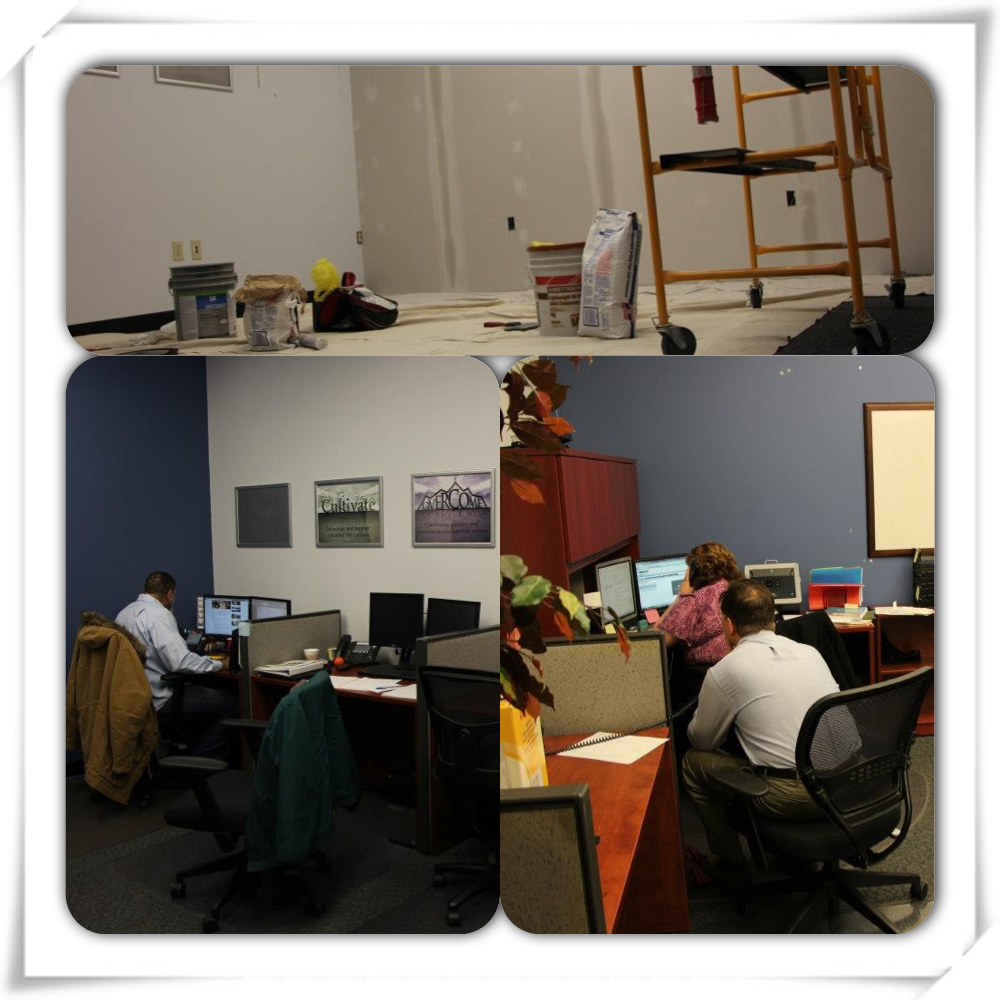 We had to make them feel at home!

We all know that it’s Friday, and this week, we just had to have our own Fish Fry day in the office! We would like to send a special shout-out to St. Elizabeth Ann Seton in Carnegie for providing the fried and baked fish. Everything was delicious! If you want to see more pictures, check them out on our Facebook Page. 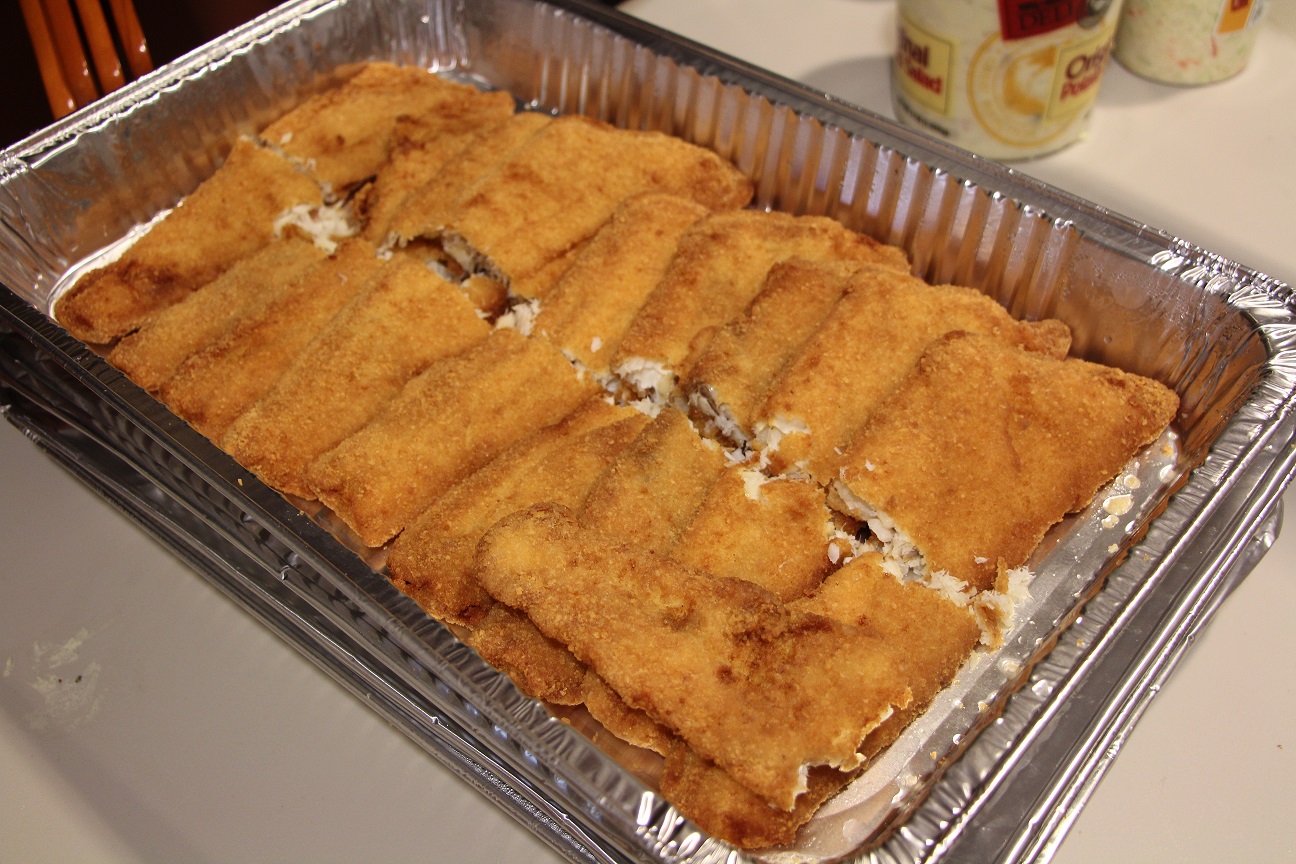 Well, that seems to be all we have for you this week! We hope you all have a great weekend and let’s hope for some Spring weather to start coming around soon!