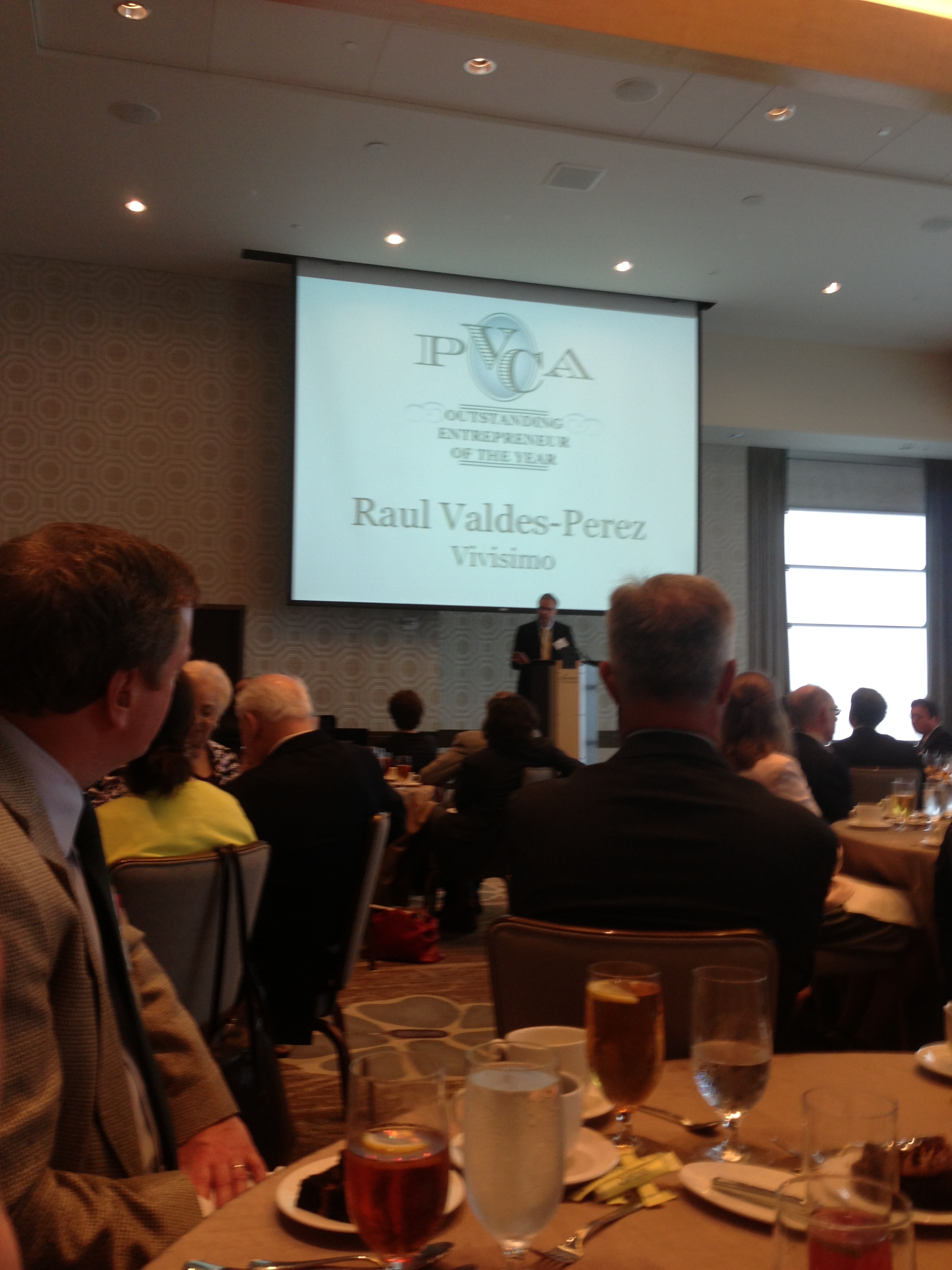 WHAT: 2013 Outstanding Entrepreneur of the Year luncheon

Jeff and Ron attended this awards luncheon to help honor Bill Newlin and Raul Valdes-Perez. Bill is the Chairman of the Newlin Investment Company and Raul is the Co-Founder and former Chairman and CEO of Vivisimo, Inc. Here is an excerpt about these two taken from the PVCA:

“As this year’s Lifetime Achievement Award recipient, William R. Newlin’s contributions to the business and entrepreneurial community of Pittsburgh are many. Twice named as one of “The 100 Most Influential Lawyers in America,” he served as chairman and chief executive officer of Buchanan Ingersoll for nearly 25 years, where he was a pioneer in providing legal and business counsel to the region’s technology start-up companies. He was a founding director of the Pittsburgh Technology Council; a co-founder of the CEO Venture Funds, which were among Pittsburgh’s first native venture capital funds for developing technology companies; and a co-founder of the Pittsburgh Biomedical Development Corporation, Pittsburgh’s first pre-seed fund for life sciences companies. In addition, he has served as chairman of the board of directors of Kennametal, Inc., and executive vice president and chief administrative officer of Dick’s Sporting Goods, as well as a director of such companies as Plextronics, Etcetera Edutainment, Calgon Carbon, and Black Box Corporation.

As the 2013 Outstanding Entrepreneur, Raul Valdes-Perez’s list of achievements include: authored 50 academic articles and book chapters, received seven research grants from the National Science Foundation, did his PhD under Nobel Laureate Herbert A. Simon, and, most notably, co-founded Vivisimo, a company that was acquired by IBM in 2012. He has been named a regional Entrepreneur of the Year by Ernst & Young and was twice a finalist for CEO of the Year by the Pittsburgh Technology Council.”

WHAT: The Sounds of Summer Client and Colleague Reception

This event was held by Clark Hill Thorp Reed who is welcoming a new identity. Jeff and Ron were invited to attend this event so the firm could show their appreciation to them as well as their other clients and colleagues. Along with showing their appreciation, they wanted to kick off summer by connecting Thorp Reed contacts with the new Clark Hill Colleagues. While they were there, they got to meet up with Marty Dorfner, Managing Director at Resources Global Professionals, and J. Bianchin SVP, Senior Relationship Manager at Wells Fargo Bank. Overall it was a great networking event for Jeff and Ron. After the event, they stopped over at Cioppino’s for some cigars and relaxation. For pictures, check out the ABG Capital Facebook page!